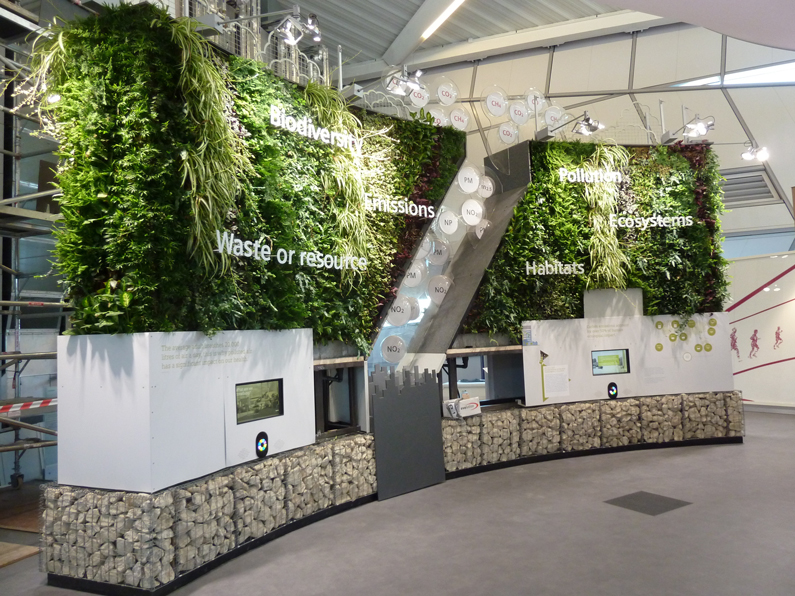 Street-level concentrations of nitrogen dioxide (NO2) and particulate matter (PM) exceed public health standards in many cities, causing increased mortality and morbidity. Concentrations can be reduced by controlling emissions, increasing dispersion, or increasing deposition rates, but little attention has been paid to the latter as a pollution control method. Both NO2 and PM are deposited onto surfaces at rates that vary according to the nature of the surface; deposition rates to vegetation are much higher than those to hard, built surfaces.

Previously, city-scale studies have suggested that deposition to vegetation can make a very modest improvement (<5%) to urban air quality. However, few studies take full account of the interplay between urban form and vegetation, specifically the enhanced residence time of air in street canyons.

This study shows that increasing deposition by the planting of vegetation in street canyons can reduce street-level concentrations in those canyons by as much as 40% for NO2 and 60% for PM. Substantial street-level air quality improvements can be gained through action at the scale of a single street canyon or across city-sized areas of canyons. Moreover, vegetation will continue to offer benefits in the reduction of pollution even if the traffic source is removed from city centers. Thus, judicious use of vegetation can create an efficient urban pollutant filter, yielding rapid and sustained improvements in street-level air quality in dense urban areas.

Existing research about O2 and CO2 exchange between man and plants

The effect of plants on our creativity

How plants affect our well-being in various settings

The effect of plants on our indoor atmosphere

Other benefits of plants

Kilde:
HEALTH & GREEN – LIVING AND WORKING WITH PLANTS
Collected research about the benefits plants can bring to the work environment
EILO Congress, 2 November 2010